Rapper Akon is Building a Crypto City in Senegal 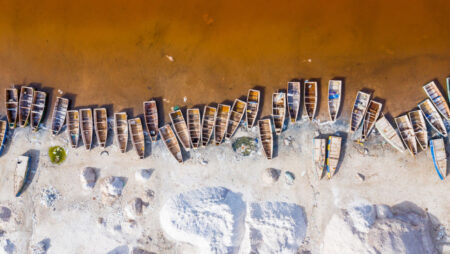 Your eyes are not deceiving you. The artist known as Akon is planning on building a cryptocurrency-based city in Senegal. As of today, Akon has raised $6 billion toward the crypto city’s construction. If all goes as planned, those living in the city, appropriately dubbed “Akon City”, will strictly use a cryptocurrency for economic exchange, similar to what China has in the works. This is quite the challenging project yet if it works out, it will set the stage for additional crypto cities to form down the line.

Akon’s crypto city will be completely powered by cryptocurrency. This means crypto will replace traditional tangible currency for all means of economic exchange. The idea stems back to the musician’s statement made a few years back regarding creating a real-world Wakanda in reference to the popular Black Panther movie. Akon City will be constructed near the capital of Dakar.

This is not a spontaneous, spur of the moment idea; rather, Akon has been planning Akon City for several years. In fact, Akon has landed a construction contract to commence the building of this crypto city.

What Will It be Like to Live in Akon City?

Akon City will be similar to regular cities but conventional paper currency will be replaced with digital currency. Akon City will feature a mall, hospital, school, police station, hotels, houses and all the other buildings found in normal cities. Akon has stated Akon City will prioritize green energy, ensuring this crypto society is clean and environmentally-friendly.

Funding for the project comes from the engineering firm KE International. This group provided the Senegal native with a whopping $6 billion to construct the crypto city. KE obtained $4 billion of the funding from investors that will be spread out across two construction phases. KE is also responsible for spearheading the construction of a $2 billion Mwale Medical and Technology City in Kenya. Construction on this site commenced in 2014 and should be finished by the end of 2020. It is particularly interesting to note Senegal’s President, Macky Sall, has designated Akon City as a special tax zone highlighted by considerable tax breaks that will spur investment and innovation.

The Timeline for Construction

The initial phase of Akon City’s construction should be finished by 2024. At this point, the city will feature the buildings noted above along with a solar power plant and a waste facility. The next phase of construction will be complete by 2030, providing a full city that operates on the cryptocurrency dubbed Akoin crypto.

Akoin crypto is specifically created for entrepreneurs positioned in developing nations such as Senegal and other parts of Africa. This means Akon City residents will buy goods with Akoin, gamble with the cryptocurrency, use it to pay for services and everything else of value.